Skip to Content
This post may contain affiliate links. I may receive commissions for purchases made through links on this post (at no extra cost to you).

If you are like me, then once your baby has been born and you’ve started to breastfeed, you may be wondering when the best time is to start using the Haakaa manual breast pump.

You may have received it as a baby shower gift or bought it because a friend told you it was invaluable, but you might not really know what the Haakaa does, when to use it, and just how useful it can be on your breastfeeding journey.

I wasn’t very familiar with the Haakaa when I started breastfeeding, but it quickly ended up being one of my very favorite breastfeeding tools and I wish I had started using it sooner.

You can start using the Haakaa as soon as you start breastfeeding or at any time in your breastfeeding journey. The Haakaa is a manual, hands free, silicone pump that is lightweight. Many women find it useful for when you are out of the house as it doesn’t need batteries or to be plugged in. You can use the Haakaa on its own or while nursing from the other breast.

Great times to use the Haakaa:

One of the greatest uses of the Haakaa is using it to catch any milk that is leaking from your breast when you are nursing from the other side.

Early on, many women notice their let down response causes milk to leak from the breast they are not currently using to feed their baby.

It can be so frustrating to see all this wasted milk as well as messy. This is a perfect opportunity to use the Haakaa, which can collect this excess milk to be saved, stored and used at a later time.

What makes the Haakaa different to other manual breast pumps?

Most manual breast pumps require you to actively hand pump to create suction to pull the milk out. This can be time consuming or uncomfortable. It also means that at least one of your hands is kept occupied while manually pumping.

The Haakaa is a silicone, manual breast pump that can be used hands free. It is small, lightweight, portable and can be used by women of all breast sizes.

Once you have suctioned the Haakaa to your breast, you no longer need to hold it. There are two main parts, the top is a flange to fit over your nipple and breast and the bottom is a collection cup with a flat bottom so it can be set down easily.

There is now the Haakaa Generation 2 which has a wider base to help with stability, but I never found the first generation to be a problem or prone to spills.

The Haakaa is fantastic at collecting breast milk from the opposite breast when you are breastfeeding your baby. Before I started to use the Haakaa I had to use a burp cloth or muslin cloth to soak up all the milk leakage from my non-nursing breast.

I did a little research and some women can leak 2-5 oz from their non-nursing breast each feed! That’s a lot of wasted milk especially for us busy moms who have to think about fitting pumping into our days.

Why not take advantage and collect this milk with the Haakaa to boost your milk stash and help you cut down on the time you need to pump later?!

How do I use my Haakaa?

When using your Haakaa for the first time, you need to wash it in warm soapy water and then sterilize it. You can place it in boiling water for 2-3 minutes to sterilize or use any other sterilizing methods you prefer. T

o place the Haakaa, you squeeze the bottom collection cup and then while still squeezing it, you fit the flange over your nipple.  Slowly release the cup and the Haakaa will suction on to your breast which will keep the Haakaa in place. The suction will draw the milk out.

You may have to position the Haakaa a few times to get it comfortable and the suction right. You can achieve a smaller or greater amount of suction depending on how much you squeeze the cup before placing it on.

I preferred a smaller amount of suction so tended to only squeeze the collection cup slightly, just enough for the suction to attach the Haakaa to my breast to that I didn’t have to hold it on.

If you need a greater amount of suction to allow milk flow, then squeeze the cup more to create greater suction.

If using the Haakaa when you are not breastfeeding from the other side, you can use a warm washcloth on your breast to help trigger let down reflex or just being near your baby or looking at videos or photos of your baby can also help.

I mainly used the Haakaa while breastfeeding from the other side so this would trigger the let down reflex for me. As my non nursing breast tended to leak plenty on its own, I didn’t feel I needed much suction to pull the milk out, I just wanted enough for it to stay on!

The only thing to be careful of it making sure your baby doesn’t accidentally kick the Haakaa off and create a spill.

If your non-nursing breast doesn’t leak much or at all on its own, you may find a medium or larger amount of suction may encourage the milk to flow more freely, giving you a better amount of milk collection.

I found my milk production was greatest at night or early morning so made sure to use the Haakaa at these times. It was really nice to use at night as it was easy to attach – no fiddling with lots of parts or cords, and it was quiet – so it didn’t disturb my husband who was sleeping in the same room.

How To Store and Clean Your Haakaa

The Haakaa should be washed in warm, soapy water and sterilized after use just like other breast pumps. It is important to create good cleaning and storing habits to keep your Haakaa working properly and free from bacteria.

For storage, I like these clutch bags (link to amazon) which are big enough to store both a Haakaa and some breast milk storage bags.

These are made with water-resistant materials so if you need to store your Haakaa after use while out and about, it will keep any drips from leaking onto the rest of your purse or diaper bag.

They also come in lots of cute designs and are more attractive and discrete than storing in a Ziplock!

What are the benefits to using the Haakaa?

For me, the main benefit was making use of the excess milk I had previously been leaking. I would often collect several oz of milk into the Haakaa which I could then store and freeze in order to build my stash of breastmilk.

This cut down on the time I needed to pump later in the day.  Using the Haakaa also helped establish my milk supply early on. By feeding from one breast, and suctioning with the Haakaa from the other, this created a greater demand for milk and helped increase production.

If you are someone who already has a high level of production and worry about stimulating overproduction than you can just use a really light suction, to collect what is leaking or you can use your Haakaa session to replace a pumping session later in the day.

Every woman is different and some may find that the Haakaa can replace a traditional breast pump and be the only pump they use.

Some women may find that the Haakaa is great as a supplemental tool and is used while breastfeeding, but they still use an electronic breast pump at set times throughout the day.  Either way, the Haakaa is a fantastic tool to add to your breastfeeding and pumping journey.

Another great benefit to the Haakaa is to use it to relieve a clogged duct with epsom salt. You can read more about it in this article.

Hear are a few of my favorite pumping items that made my life so much easier. 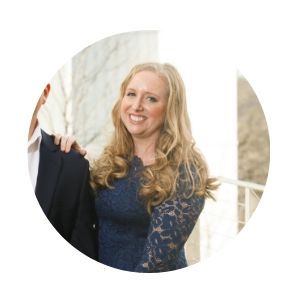 Welcome! I’m Lisa. I pumped for a year to provide milk for my preemie. I’m also a Certified Lactation Educator Counselor and love to share my knowledge about pumping and breastfeeding (read more).